TALK is cheap. DOING something costs time, money, and THINKING. I’ve been an advocate for women musicians since 1997. I founded a non-profit organization to promote and support women musicians in 2007. This year, we’re calling for a Symposium on Women in the Arts because all people learn through the ARTS. 115 people registered for this symposium to be held in Washington, DC, on Tuesday, August 4, 2015 @ 9 a.m. to 5 p.m. The problem is we tried to hold it at The White House but were denied access. Then, we tried the Library of Congress but they don’t allow groups to hold events during the day. Now, we’re trying George Washington U and Georgetown U but the Women’s Studies Departments at both schools “do not have resources” for this event. It’s ridiculous. Women are marginalized even more than people of color but they just do not see it. They do not receive the financial support earmarked by government funding of the arts. They are omitted from all-male big bands and orchestras. And they don’t fight to make things CHANGE. When women join together to change the world, everything will change. But like the poster above stated, “We have jobs, homes, cars and are ALLOWED to take little breaks (vacations) from time to time so we believe the illusion that we are free.” Women are second class citizens to males, Black and White. The only difference is White males have economic power (especially GAY WHITE MALES, who have no women to answer to or care for). Black males have little economic power but still tend to dominate women. When will women join together to make CHANGE in this world. TALK is cheap. We must DO something. If you are a women artist, author, architect, musician, composer, actress, filmmaker, or other cultural producer, Register for the symposium at the link on this page: http://wijsf.com/events/symposium.htm 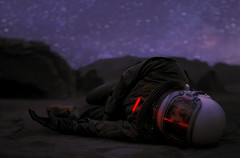