Joan Cartwright’s first published book In Pursuit of a Melody is a memoir of her musical journey from childhood through her eight years of travel in eight Europe.
This book contains 35 poems, 40 lead sheets of original music, 350 photos, and two lectures: Women in Jazz and Blues and So, You Want To Be A Singer? A Manual for up-and-coming divas, musicians, and composers.  Joan’s books are available in soft and hard cover, ebook, and pdf download formats at her online book store – www.lulu.com/spotlight/divajc
Joan’s photos from her visits to the Caribbean, Mexico, China, and Japan will be featured in Joan’s 11th book Melodic Memories, to be published in 2014.
It was my dear friend Jazz vocalist Sandra Kaye, who got me the gig at CJW Club in Shanghai, in 2006.  I worked there for three months and met my new friend Carl Hill, who got me a gig in Tianjin at his friend Chris’ club, for one month.  In between, I went to Japan for three weeks, where I met pianists Aoi Katoh and Miyuki Saito. They joined me at a presentation of Amazing Musicwomen at the Tokyo International School.  Then, in 2007, Carl used his thousands of Frequent Flyer miles to get us to Shanghai for his former co-worker Richard Wu’s wedding, in Yanchung, where I sang for the Bride and Groom, and visited their small home town.

Two young women with Jazz vocalists Sandra Kaye and Joan Cartwright at club in Shanghai in 2007.

Can you tell who the Americans are?

Being a foreign teacher at Li Yang’s Crazy English Camp in Tungzhou, China, 45 minutes outside of Beijing, was one of the most intense and satisfying experiences I have had to date. Li Yang is one of China’s most famous motivational speakers. His goal is to teach 300 million Chinese people how to speak good English, which is almost a necessity, since Beijing has been awarded the 2008 Olympics site.  At right, Richard Wu and his bride Daphne invited Joan to sing at their wedding.

In my journeys around the world in search of a melody, particularly, jazz and blues, I have found music in lots of clubs, bars, restaurants, concert halls, etc. But it is when I find the music in the home of a dedicated musician that I enjoy the experience even more.  In the photo above virtuosa pianist Aoi Katoh entertains a group of friends in her home in Tokyo, Japan.

One thought on “Travel” 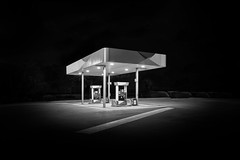 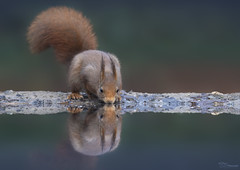